Several teams traveled through cold, rainy and blustery weather but once the puck dropped, the competition heated up. The 8U Mite and 10U Squirt divisions started bright and early at 8:00 AM while the 12U Pee Wee Brackets started in early afternoon. Team work, camaraderie and good sportmanship carried the day for the teams, win or lose.

The tournament format had 3 skaters and 1 goaltender on ice for each team in 20 minute, running clock games. All penalties were awarded penalty shots. Action was non-stop from start to finish, even with a couple power outages thrown in!

Congratulations to all our winners! A special thank you to all the players, parents, referees and especially all the volunteers who helped make the day a success. THANK YOU! 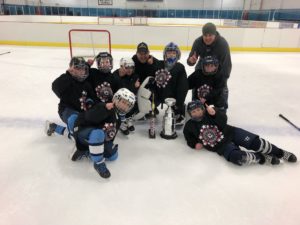 Morris Fire burned bright early, earning the #1 seed and a bye into the championship game. Mouse Trap defeated Colonials Red then rode the momentum to push past Morris Fire for the Division A championship. 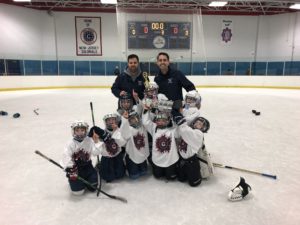 The stage was set for the most exciting final of the tournament between Blue Puck Brawlers and Mighty Pucks. The Mighty Pucks captured the prize in overtime 5-4 after a back and forth contest. 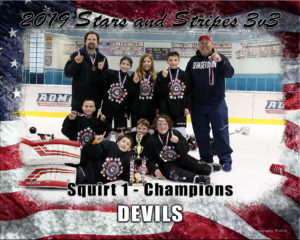 Competition was fierce in Division 1 pool play as 6 teams battled for the 4 playoff spots. Jersey Colts captured the #1 seed and beat the Rifles for a spot in the championship. The NJ Devils turned it up to defeat Stampede in the semifinals and then grab the championship from Jersey Colts. 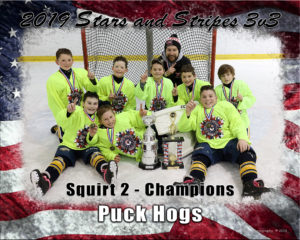 10U Division 2 was all IH Puck Hogs as they dominated the bracket from start to finish. The Blue Devils, Eskies and Zambronies fought hard but had no answer to the Puck Hogs waves of offense. 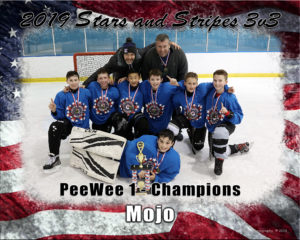 All four 12U Division 1 teams matched up well and competition for the top seed was heated. Most games were decided by 1-2 goals. In bracket play, Angry Bears defeated Hickory Pizza and Mojo won over the Hammerheads to reach the final. Mojo, who made last season’s final, finally scaled to the top to win Division 1 with an impressive display of skill. 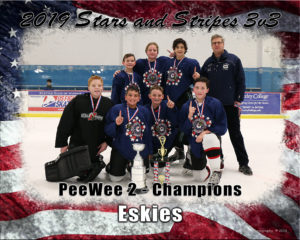 Six teams played in 12U Division 2, battling for the 4 playoff positions. Eskies were slated to play Bayonne Rangers in one semifinal and Morristown Rebels faced the Wayne Knights in the other. Strong games by the Eskies and Rebels pushed both teams into the Finals. The Eskies triumphed 5-3 over the Rebels in a great game played by both sides.

Penalties are awarded a penalty shot - no penalty box.

We ask no post-game handshake lines until the playoff rounds.

3 Age Groups/2 Divisions - please sign your team up in the division that allows for best competition between teams.

Rosters must be submitted by Saturday, December 7, 2019 5:00 PM to allow for jersey production.  If not received, we will print numbers 1-9 for your team (and estimate jersey/t-shirt sizes).

CARMO PHOTOGRAPHY WILL BE TAKING ACTION PHOTOS FOR PURCHASE

CARMO PHOTOGRAPHY WILL BE TAKING ACTION PHOTOS FOR PURCHASE